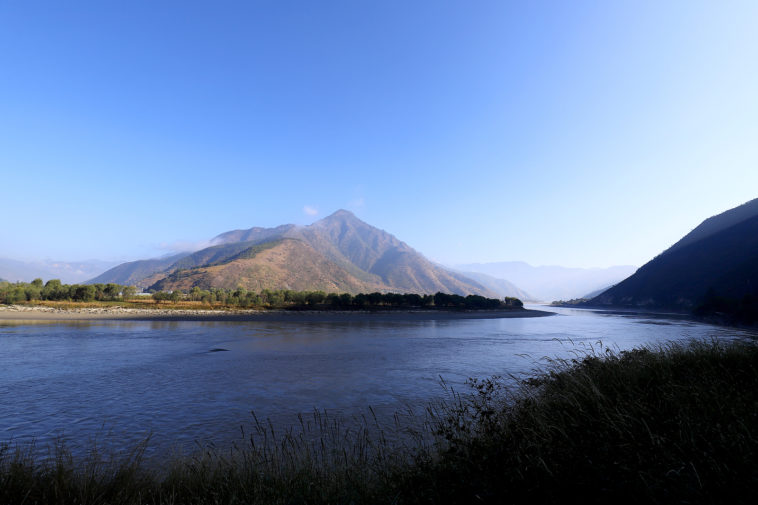 The Yangtze River is 3,900 miles long

The Yangtze River is 3,900 miles (6,300 km) long. During its long journey, the Yangtze River traverses ten Chinese provinces or regions and a wide range of terrain. It flows through narrow mountainous valleys, tall river gorges, lake-strewn plains, and farmland before it reaches a wide delta where it reaches a width of over 50 miles (80 km) before it empties into the sea.

The Yangtze River drains nearly 700,000 square miles (about 2 million square km) of China. This is over one-fifth of China. It has eight main tributaries. Among them, the Han Shui River and the Ya-Lung Chiang River are the biggest.

In the upper mountainous course of the Yangtze River, the river’s elevation drops dramatically. It drops an average of 10 feet each mile (2 m per km). This steep drop creates rushing water and strong rapids, especially during times of rain. Over its entire course, the Yangtze drops more than 18,000 feet (5,480 m).

Along its middle course, the Yangtze River cuts through thick limestone. In a section called the Yangtze Gorges—sometimes also called Three Gorges—river walls are very steep and tall. Prior to the construction of the dam downstream, the sides of these gorges towered 1,200 to 2,000 feet (365-610 m) above the river. Though much shorter today, the gorges still tower over the river’s surface.

Along the lower course of the Yangtze, the river’s immense flow is controlled by levees built to prevent flooding. Here is located the world’s largest dam—the Three Gorges Dam—which was built in 2006. Still, during the rainy season, the river’s level can rise to uncontrollable limits and overflow, causing much damage.