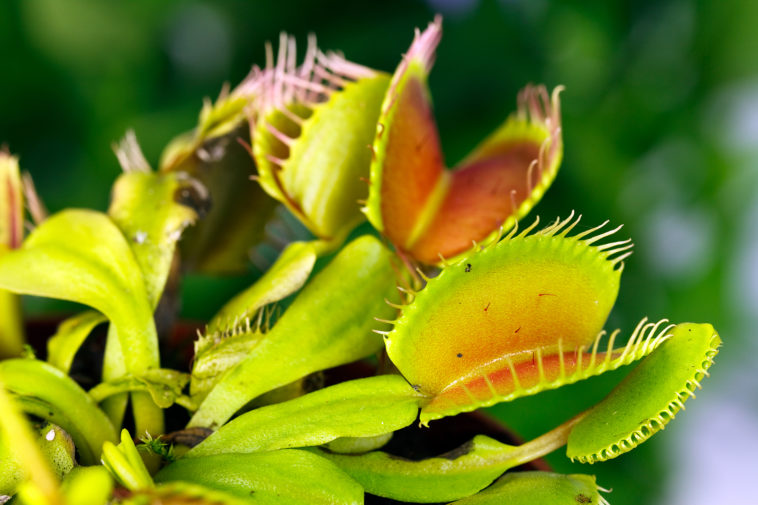 The Venus Flytrap is a carnivorous plant. It traps and digests insects.

The Venus flytrap is a plant with moving parts. Each trap is made up of two lobes that are fringed with long spines. The traps are located at the tip of a leaf. The inside of the lobes are red and contain long, sensitive hairs that trigger the trap.

Insects attracted to the red interior of the leaf lobes trigger the Venus flytrap by touching sensitive hairs inside the lobes. This causes the two halves of the trap to snap shut. The spiny edges interlock and the two lobes squeeze together trapping the prey.

As a trapped insect struggles it presses against glands on the inside of the lobe; the pressure triggers the release of enzymes. The enzymes digest the insect.

Each trap can direst about three insects before it dies.

Venus flytraps are native to the coastal marshes of North and South Carolina. The botanical name of the Venus flytrap is Dionaea muscipula. 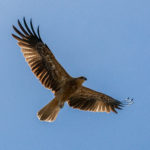 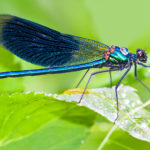