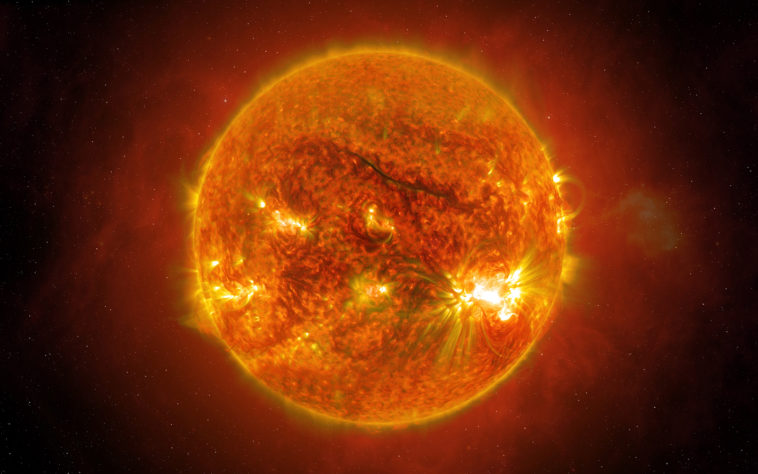 The sun is a medium-size star
FacebookTweetPin

The sun is a medium-sized star. It is the nearest star to the earth. It is the source of most of the earth’s heat.

Compared to other stars, the sun is about average size. Its diameter is about 860,000 miles. If the sun was hollow, over one million earths would fit inside it. The sun is 93 million miles away from the earth.

The sun is a mass of white, hot gasses. The sun came into existence when giant gas and dust clouds were pulled together by gravity to form a hot, spinning clump. Over time, the hot spinning clump became so hot that nuclear reactions began. A nuclear reaction is when atomic particles collide at great speeds and create energy. That is when the sun became a star. The sun was formed about 4.6 billion years ago.

The intense heat of atomic reactions inside the sun makes it glow. Gases inside the sun including hydrogen are igniting and burning every second. Four million tons of the sun’s matter is changed into energy every second. This energy is emitted into space in waves–similar to radio waves. These waves are called radiation. Some of the radiation energy waves emitted by the sun reach the earth.

When the heat of radiation reaches the earth it warms the molecules of the atmosphere. These molecules in turn warm other molecules and so on and so on. This heat transfer is called conduction.

The sun is now at the main or middle stage of its existence; astronomers call this time in a star’s life the main sequence stage. Someday, about 5 billion years from now, the sun will run out of hydrogen gas in its core. This will cause the sun to expand and its outer temperature to drop. As the sun expands and the energy at its core is used up its outer layers will fall away. Then the sun will fade and die. 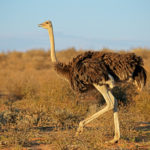