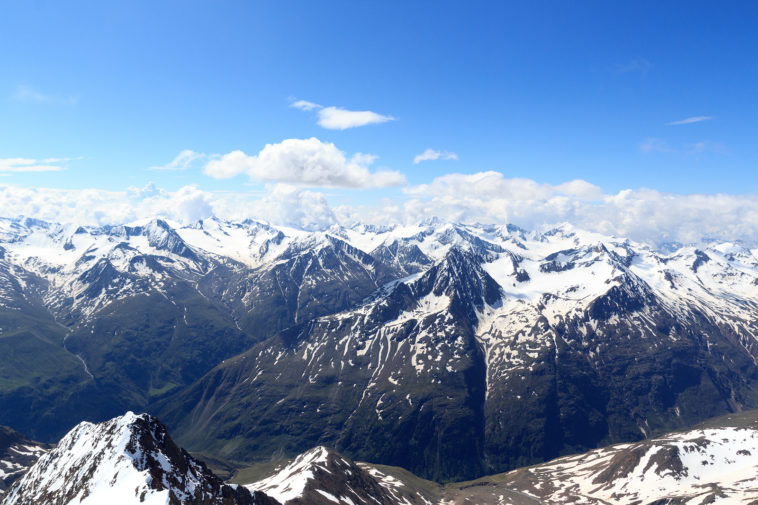 The Alps is the highest and most extensive mountain range in Europe. The Alps extends in an arc across southern Europe from Mediterranean France to Austria. The Alps are 750 miles (1,200 km) long and more than 120 miles (200 km) wide at their broadest point.

The Alps include several peaks rising more than 13,000 feet (4,000 m). The Matterhorn is perhaps the Alps’ most famous peak. It is 14,692 feet (4,478 m) high. It sits at the Swiss-Italian border and is the highest mountain in Austria. Other famous peaks in the Alps are Mont Blanc on the French-Italian border and the Eiger in Switzerland.

The Alps were created over the last 100 million years by the coming together of the African and Eurasian tectonic plates. Tectonic plates are massive slabs of rock that make up the crust or surface of the Earth. Some geologists believe that a section of the African plate known as the Adriatic plate drifted north and collided with the Eurasian plate. This collision–which occurred over millions of years–caused the edge of the Eurasian plate to fold and thrust upward and the edge of the Adriatic plate to sink. The upward thrust rock is the Alps.

In addition to the movement of tectonic plates, the Alps have been dramatically shaped by a process called glaciation. Glaciation is the effect glaciers or ice sheets have on the Earth below them. The movement of ice across the rock of the Alps has sculpted pyramidal peaks (such as the Matterhorn) and carved amphitheater-like hollows called cirques, and sharp knife-like ridges called arêtes. Melting glaciers have left behind U-shaped valleys, tall waterfalls pouring from hanging valleys, and deep elongated lakes.

Glaciation of the Alps has occurred over the last 2 million years. the longest remaining glacier in the Alps is the Aletsch, which extends for 16 miles (25 km). This glacier is located in southwest Switzerland. The Aletsch glacier is 2,950 feet (900 m) deep and moves about 660 feet (200 m) a year. 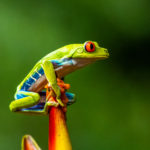 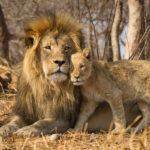