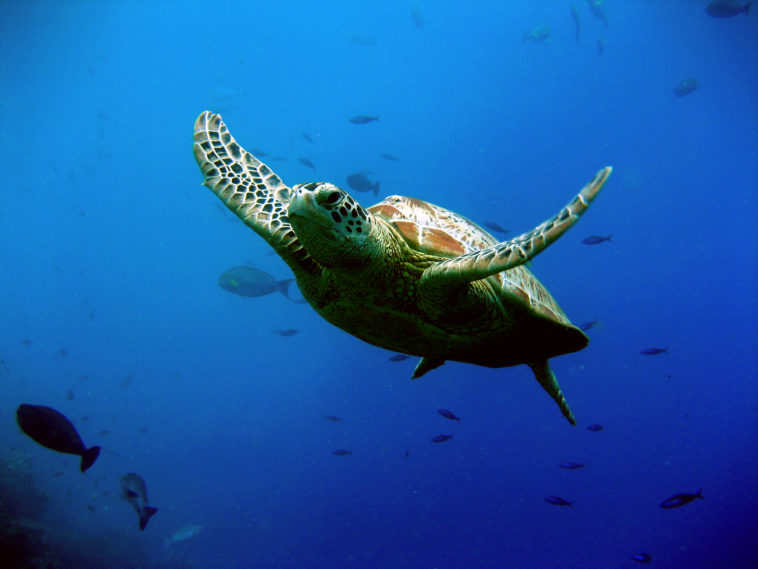 Sea turtles are found in nearly all oceans.
FacebookTweetPin

Sea turtles are reptiles of the sea. Often considered majestic for their large size and gentle nature, sea turtles have lived on Earth—largely unchanged—for over 100 million years. That means sea turtles were around at the time of the dinosaurs.

Today, there are seven different species of sea turtle. Though often associated with the tropics, sea turtles can be found in all the world’s oceans, except the polar seas. They vary drastically in size, but not shape.

Like all turtles, a sea turtle has a large shell that protects it from predators. For most species of sea turtle this shell is hard and bony. It’s made of thick plates called scutes.

A sea turtle’s shell and body are designed for swimming. Sea turtles have flat, elongated shells that are lightweight to help them streamline through water. Their arms are shaped like wide front flippers and their legs are shaped like rudders.

To swim, a sea turtle uses its arms to propel itself forward and its legs to steer. The speed a sea turtle can swim varies among species too. The fasted swimming sea turtle is the leatherback who can swim up to 22 mph (35 kmh).

Despite having adapted to live in the ocean, sea turtles cannot breathe underwater. They need to come up to the surface periodically for air. A sea turtle can hold its breath for four to seven hours while resting or sleeping and up to two hours while swimming.

Most sea turtles are omnivores. They eat both plants and animals. While eating, sea turtles swallow a lot of sea water. To help rid their bodies of excess salt, they produce salty tears, like humans. A sea turtle has a similar lifespan to a human too—some can live up to 50 years or more. 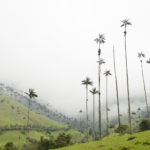 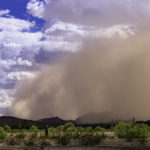