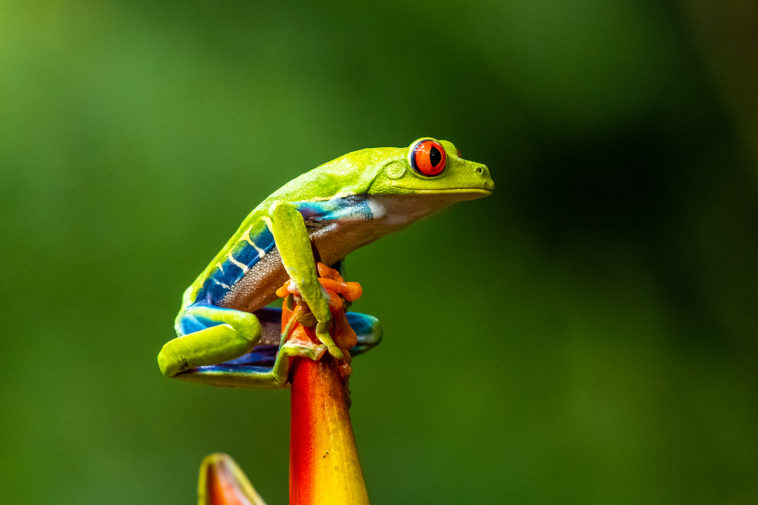 The red-eyed tree frog lives in the tropical forests of eastern Central America. It spends most of its time high in the warm, wet trees. The red-eyed tree frog can sit on a leaf or branch and make itself small by tucking its legs against its body so that only its green back is visible. It has transparent lower eyelids marked with gold lines that allow it to see but conceals its red irises.

The red-eyes tree frog is about 2 to 3 inches (4-7 cm) long and weighs just 6 to 10 grams. It has very long hind legs that make it an excellent jumper and climber and well-adapted to life in the forest canopy. It has suction-cup-like pads at the tips of its fingers and toes that help it grip. It has semi-webbed feet in case it needs to swim. The red-eyed tree frog is a good swimmer, but it prefers to sit on the wet leaves of trees.

The scientific name of the red-eyed tree frog is Agalychnis callidryas. 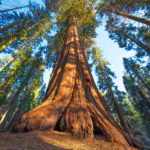 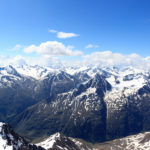