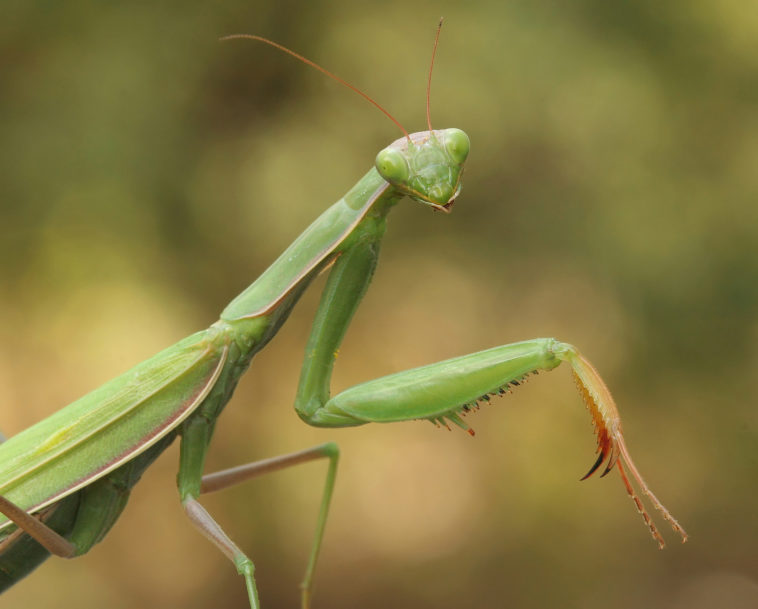 The praying mantis is an insect. It is an invertebrate, an animal without a spine. It has a long neck and a head shaped like a triangle. Its eyes are large, and it can spin its head 180 degrees. Praying mantis are the only insects that can turn their head around to look behind them.

The praying mantis gets its name from the way it stands. It has very long forelegs that are always raised, as if in prayer. These forelegs are specially designed for catching food. The sides are covered with sharp spikes that make gripping prey easy.

Praying mantises are carnivores. They eat mostly insects such as grasshoppers and crickets, but some species eat frogs and small birds. When its prey comes near, the praying mantis extends its rear legs like springs and reaches out to snatch its prey.

A praying mantis commonly grows to about 2 inches (5 cm) long, but some species can grow as large as 6 inches (15cm) long. The praying mantis has a life span of about one year.

The scientific name for the praying mantis is Mantis religiosa. 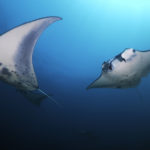 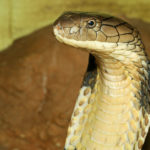