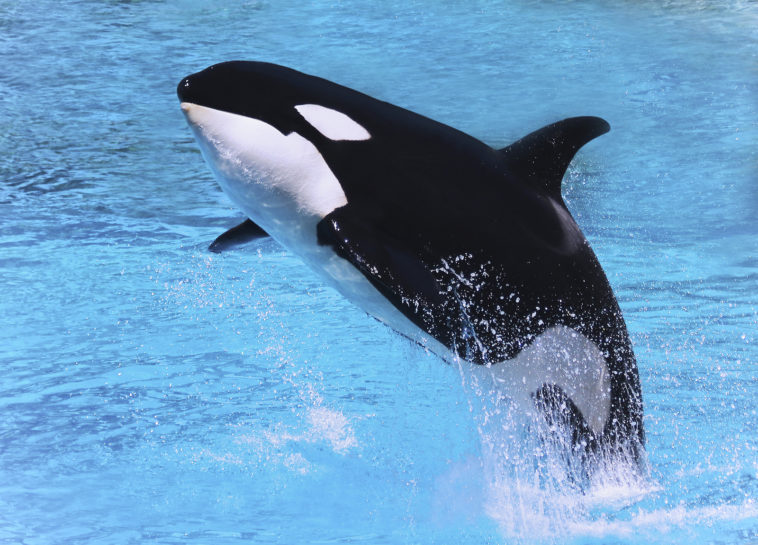 Orcas propel themselves out of the water to get a better look at their surrounding.
FacebookTweetPin

Orcas are found in all oceans around the world. They are most abundant in the North Atlantic, North Pacific, and around Antarctica. They grow up to 33 feet (10 m) long and can weigh up to 65 tons (66 tonnes). Orcas have barrel-shaped, streamlined bodies and rounded heads with no beak. They have large distinctive dorsal fins. The dorsal fin on the back of a male orca can be up to 6 feet (1.8 m) high. (The dorsal fins of females and juveniles are smaller and sickle-shaped.) Orcas have large paddle-shaped flippers and wide tail flukes. Orcas are the fastest of all sea mammals; they can swim at speeds up to 65 miles per hour (65 km/h). Underwater, orcas are well camouflaged from above and below; they are black on the sides and back and white under the heads and chest with white patches above and behind the eyes.

Orcas are highly social. They live together in groups called pods. A group usually consists of a few adult females and their calves and one or two adult males. A group may also consist of a female and all of her young of different ages. A pod can contain as many as 30 members. A female orca will lead the pod. Sometimes pods will come together to form a superpod of as many as 150 orcas. Some pods take up residence in a certain area of the ocean and never travel far. Other pods are transient; they swim to different parts of the ocean during the year. Resident pods will adopt a set diet. When transient pods visit, they will respect the diet of the resident pod and eat other fish or animals.

Orcas communicate using sets of distinctive sounds including clicks, whistles, and pulsed calls which sound like screams to humans. Orca pods often have their own dialect. Orcas are curious; they will push their head above the water or jump out of the water to see what is around them. This is called “spy-hopping.”

Orcas work together to catch their prey. They often hunt in packs. Orcas eat all kinds of fish including sharks, porpoises, and dolphins. They also eat squid, seals, sea lions, sea turtles, penguins, and other seabirds. They will herd fish into a tiny packed bunch. They will slap at the fish with their tails to stun them before eating them. Orcas hunt whales by going after the smallest and weakest. They will chase and bite at a whale to wear it out. They will swim close to ice floes to create a wake which will tip seals and penguins from the ice and into the water where the orcas can catch them. Orcas will breach next to rocks to wash birds into the sea. They will intentionally breach themselves on the shore to grab seals or birds. Orcas can use echolocation to tray their prey.

Orcas commonly mate in spring and summer. Female orcas have one calf every 3 to 5 years after a gestation of 15 to 18 months. Both male and female offspring stay close to their mother for life. Pods are multigenerational.

Orcas are also known as killer whales; they got this name when ancient sailors saw that they grouped together to kill whales. They were called whale killers; this term was eventually flipped around to the easier “killer whale”. Orcas have a lifespan of up to 100 years. The scientific name of the Orca is Orcinus orca. 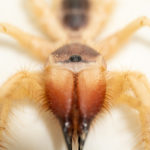 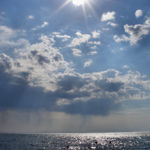