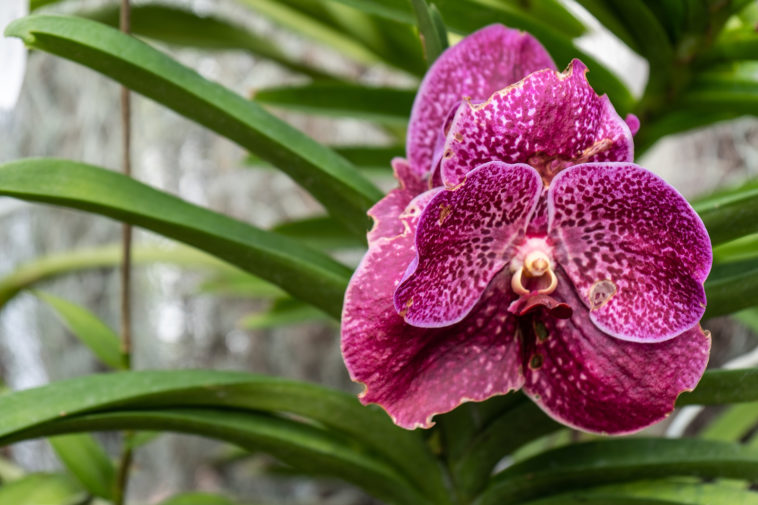 The moth orchid is a flowering plant that is also an epiphyte. An epiphyte is a plant that grows on another plant, like a passenger. It is not a parasite. It gets its nutrients from air, rain, or nearby water. Algae, lichens, and moss are also epiphytes.

Most epiphytes grow in tropical or subtropical regions. They thrive in humid environments where they can absorb water from the air. The moth orchid is one such epiphyte. It is distributed from southern China and Taiwan in the north, and south through the Himalayas, Borneo, South East Asia, New Guinea and into tropical northeast Australia.

There are about 70 different species of moth orchids. All grow on the bark of trees or host plants.

The moth orchid has four basic parts: a stalk, wax-covered leaves, aerial roots (that dangle from the air), and flowers.

Each aerial root has a specific job. Some cling to the host tree. Some absorb minerals and nutrients from the rainwater that streams down its trunk and branches. While others extract water from that same rainwater or the air.

The different moth orchid species produce striking white, purple, and pink flowers. Moth orchid flowers are especially uniquely shaped. They have one upper and two lower sepals, like outer petals, and two inner petals. Flowers be as big as six inches (15 cm) wide and resemble the outspread wings of moths and butterflies.

Like other flowering plants, the moth orchid reproduces with the help of insect pollinators. Bees, flies, moths, and butterflies are some pollinators that visit the moth orchid. They transfer pollen from the orchid’s waxy pollen sacks, or pollinia, to the plant’s female reproductive organs so that seeds can be produced.

Once pollinated, each flower produces many tiny seeds. Seeds are blown by the wind. They easily implant themselves in the bark of neighboring trees. This is how the moth orchid propagates, or spreads.

The scientific name for the moth orchid is Phalaenopsis. 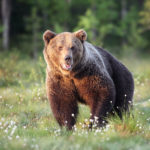 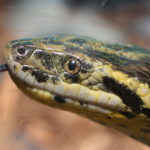