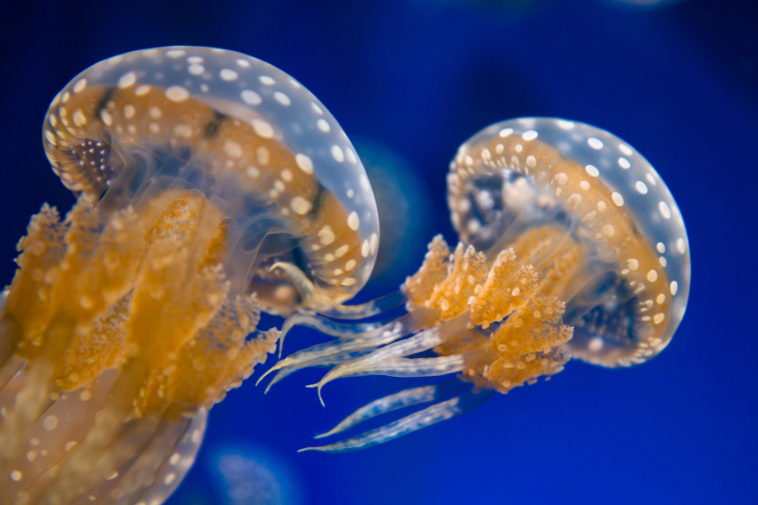 ellyfish have two “ends.” One end has the mouth and tentacles, while the other is the umbrella body.
FacebookTweetPin

Jellyfish are among the simplest invertebrates, animals without backbones. Their bodies are made of tissue and only a few organs.

A jellyfish is a cnidarian (or coelenterate), a phyla group that includes aquatic invertebrates like coral and sea anemones. Most jellyfish live in seawater.

Jellyfish have two “ends.” One end has the mouth and tentacles, while the other is the umbrella or bell-shaped body.

The umbrella is comprised of an outer epidermis and inner gastrodermis. The two are separated by a jellylike layer called mesoglea.

To swim, a jellyfish uses a form of water propulsion to thrust itself slowly through the water. A ring of muscles around the bottom of the umbrella open and close drawing in water and then forcing it out again; this action pushes the jellyfish forward.

Jellyfish are found in both warm and cold ocean waters. They are found deep in the ocean and along coastlines as well.

The scientific name for the jellyfish is Scyphozoa. 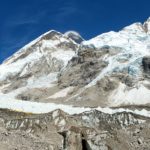 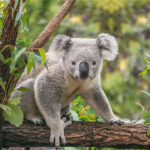