The house fly is one of the most common insects around. It’s a member of the order Diptera, meaning “two wings.” Diptera is the second-largest insect group. Its members can be found in every habitat around the world. Other insects in this order include mosquitos, gnats, and horseflies.

A house fly can be five to seven millimeters (0.2 to 0.3 inch) long. It is gray-colored with four dark stripes on its thorax or middle region. The house fly’s eyes are actually thousands of individual lenses, compounded into one. Because of this, the house fly can spot movement in a very wide field of vision.

The house fly can fly in a more directed, intentional way than other related insects like gnats or midges. It has two strong wings and is one of the fastest flying insects. It has an average speed of about five miles per hour (8 kph) with bursts of up to 15 miles per hour (24 kph) when threatened. The house fly can fly sideways, backward, and flip upside down in flight. It can even land upside down.

The house fly is an opportunistic eater. It is not picky. House flies will eat overripe fruits and vegetables, fresh or decaying meat, animal carcasses, and fecal matter. They are also attracted to sugary substances.

The house fly does not have a jaw or teeth. Instead, it eats using a plunger like appendage called a proboscis that extends from its head. At the end of the proboscis is a sponge-like mouth. A house fly can only eat liquid food. It slurps its food through the proboscis. If a house fly wants to eat solid food, it regurgitates saliva onto it first. The saliva liquefies the solid, which the house fly can then suck up.

After mating, the female house fly usually lays its eggs in decaying matter, such as grass clippings or garbage. It lays 100-150 eggs at a time. Eggs take just over seven hours or up to two days to hatch into worm-like maggots. The maggots grow and molt, shedding one exoskeleton to grow another. This happens twice and can take one to three weeks. Once an adult, the house fly will fly away. Most house flies stay within two miles (3 km) of where they were born.

The scientific name for houseflies is Musca domestica. 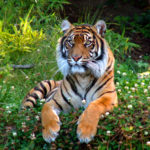 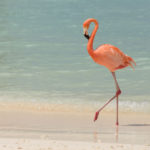