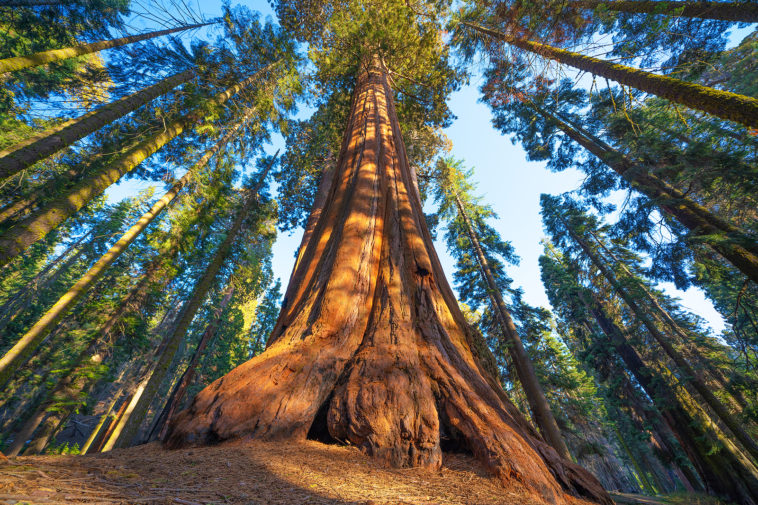 Giant sequoias are the largest trees in the world.
FacebookTweetPin

Giant Sequoias when measured by sheer mass are the largest trees in the world. Giant sequoias average between 165 and 280 feet (50-85 m) tall with trunk diameters ranging from 20 to 26 feet (6-8 m) across.

Giant sequoias live in groves on the western slopes of the Sierra Nevada Mountains of California. There are about 8,000 giant sequoia trees in about 70 groves in a narrow mountainous belt 15 miles wide and about 250 miles long. Giant sequoias grow so large and old because they are so well adapted to their environment.

Giant sequoias prefer a humid climate with dry summers and snowy winters. They thrive in soil that is comprised of sand, clay, and granite gravel. They live between 1,400 and 7,050 feet (4,600-7,050 m) above sea level. The roots of giant sequoias draw water and soluble nutrients from the soil; these are pulled upward by the evaporation of water from the leaves. Sequoias supplement water from the soil with fog, taken up through air roots high in the tree. 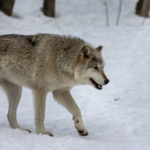