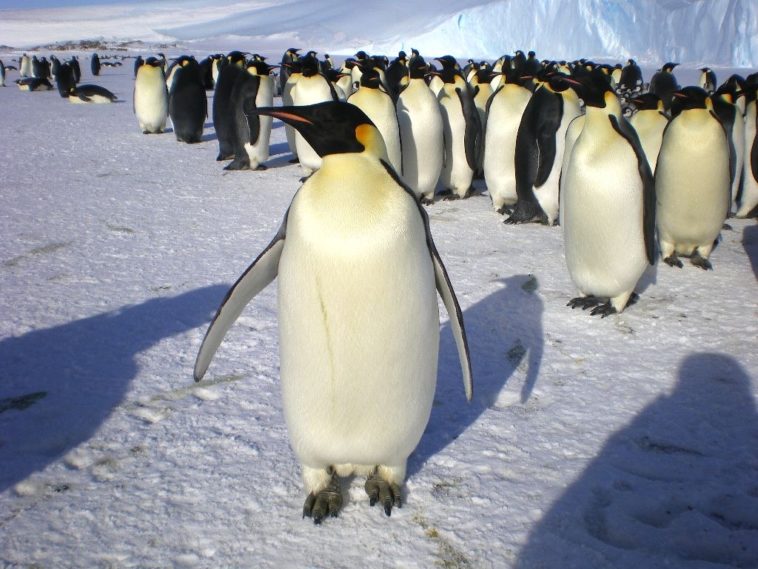 The emperor penguin is the largest of all penguins. Emperor penguins live in a narrow band of ice floes and frozen bays around the edges of Antarctica. They are the only birds that breed during the frigid Antarctic winter.

An emperor penguin’s body is long and tapered at each end; they look something like a torpedo. The emperor penguin’s streamlined shape allows it to swim deep and fast. Emperor penguins are excellent swimmers. In the water, emperor penguins can swim as fast as 15 miles per hour (24 km/h), and they can dive as deep as 1,750 feet (530 m). They can stay submerged for as long as 20 minutes.

Emperor penguins use their speed to catch a variety of small fish. They also eat squid and shrimplike krill. Emperor penguins have tongues with rear-facing barbs that keep prey from escaping before they can be swallowed. Emperor penguins will travel as many as 625 miles (1,000 km) during one outing in search of food.

Emperor penguins mate in winter. A female penguin lays one egg each winter about 65 days after mating. After she lays her egg, the female leaves and goes to sea in search of food and the father penguin will stay with the egg until it hatches. The father penguin carries the egg on his feet and protects it from the cold in a special pouch on his stomach. He does not eat during this time. Male emperor penguins will huddle together by the thousands to stay warm until their eggs hatch. About the time the egg hatches, the mother penguin returns, and the father leaves and goes back to sea in search of food. In the time the father penguin takes care of the egg, he may lose as much as half of his body weight.

Baby penguins are covered with a thick coat of silvery-gray-down feathers when they hatch. In about three months, the downy feathers will be replaced with juvenile feathers. Eventually, the juvenile feathers will be replaced with short and stiff feathers that overlap to form a waterproof covering. Adult emperor penguins have a thick layer of insulating fat or blubber beneath their feathers and skin that allows them to live year-round in the frozen Antarctic where temperatures can plunge to -76°F (-60°C).

Emperor penguins live for about 50 years. The scientific name of the emperor penguin is Aptenodytes forsteri. 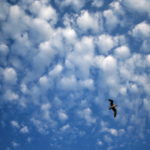 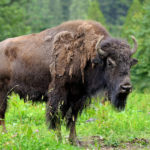