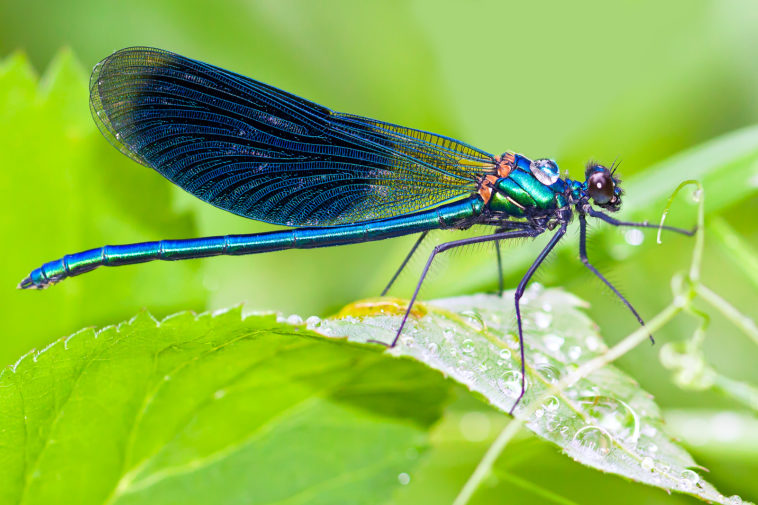 The dragonfly’s slender body and long, thin wings make if one of the fastest fliers in the insect world.

Dragonflies have four wings, two forewings, and two hind wings. The wings beat alternately for better flight control. Their wings can beat as many as one hundred times per second. The narrow, lacy wings are often brightly colored.

Dragonflies have two huge, multifaceted eyes that usually meet at the back of the head. These large eyes enable the dragonfly to see prey up to 39 feet (12m) away. Because dragonflies locate prey exclusively by sight, they hunt during the day.

A dragonfly’s legs are located at the front of the body. They can not walk but they use their basket-like legs to catch and hold prey.

Dragonflies and damselflies belong to the order Odonata. 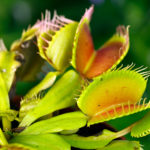 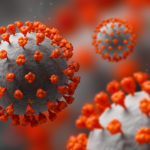