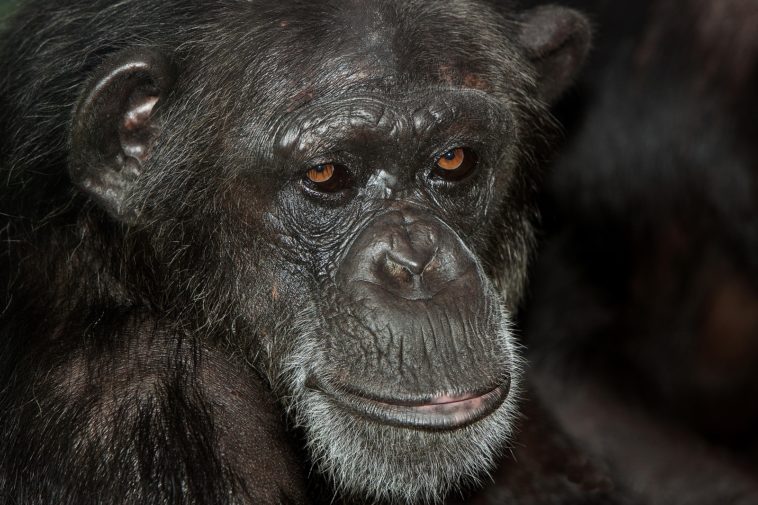 Common chimpanzee; chimpanzees are intelligent and look and behave like humans

Chimpanzees are the most intelligent primates after humans. They have a sophisticated language of facial expressions, gestures, and vocalizations. Chimpanzees share more than 98.5 percent of their DNA with humans.

Chimpanzees have large brains, expressive faces, a prominent brow ridge over the eyes, dextrous hands with opposable thumbs, and walk upright. Chimpanzees use stones to crack nuts, leaves to sponge up water for drinking, and sticks to collect insects, honey, and other food. Chimpanzees build nests to sleep and bunch up leaves to use as pillows. Chimpanzees share many characteristics with humans.

Common chimpanzees grow from 25 to 37 inches (64-94 cm) tall and weigh 66 to 130 pounds (30- 60 kg). Chimpanzees live in communities of between 30 and 100 or more individuals and tend to congregate and move around in small groups of four to eight individuals. Each group is headed by a male leader. Chimpanzees live in tropical forests, woodlands, and grasslands in Central and West Africa. They eat fruit, nuts, leaves, seeds, eggs, termites, ants, and also larger animals including monkeys.

Chimpanzees have complex social structures. They live in male-dominated territories. The leader of a group is not necessarily the strongest male, but the one who gets along well with others and cultivates the most friendships and allies. Chimpanzees are territorial. They will acts aggressively toward neighboring chimpanzees who impinge on their territory. Like humans, chimpanzees will hunt and kill members of rival groups that they do not like.

Chimpanzees can make more than 30 distinct calls including the pant-hoot which consists of shrieks and roars that can be heard more than a mile (2 km) away. The pant-hoot is used to solicit information from others in the community and is recognizable to the individual calling. Many chimpanzee facial expressions are similar to humans; their faces can express happiness, contentment, fear, and anger. 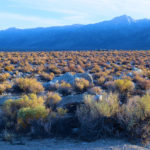