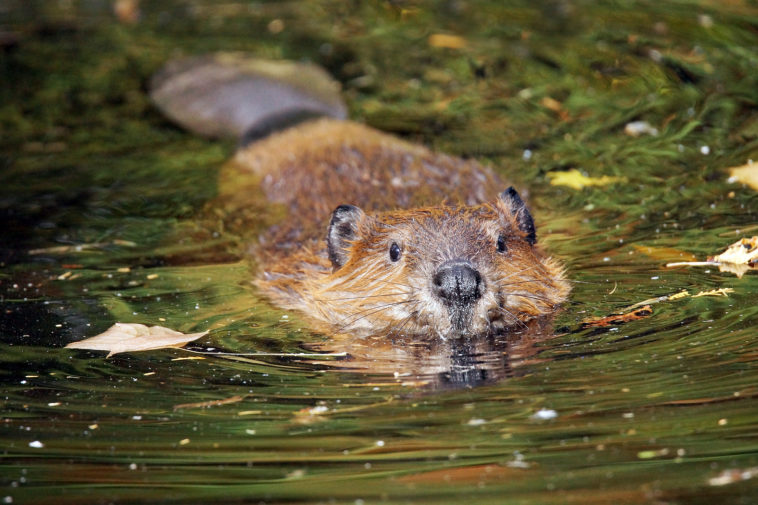 The American beaver is North America’s largest rodent. American beavers live in streams and small lakes from Alaska, across Canada and the United States to Florida. They can be found in all regions except deserts.

American beavers grow from 32 to 35 inches (80-90 cm) long and weigh from 26 to 55 pounds (12-15 kg). Beavers have webbed hind feet, flattened, scaly paddle-like tails for swimming, and large chisel-like front teeth for gnawing through wood and cutting down small trees. They have long outer coats that are usually reddish-brown and dense underfur that retains heat even in freezing water; beavers excrete a glandular oil that keeps the fur waterproof.

Beavers live in large nests called lodges in or near streams and small lakes. Beavers make their lodges out of logs, branches, grass, and moss, all plastered together with mud. Some lodges are along the shores of lakes. Some are island lodges in the middle of ponds. Beavers will sometimes dam streams with logs and branches and mud to create ponds in which they can build their lodges.

Beaver lodges have underwater entrances which keep them safe from predators such as wolves and coyotes. Beaves eat woody bark, twigs, and stems; their favorite food sources are birch, alder, and aspen. Beavers store their food underwater. This allows them to swim to their food supply whenever they need it. Even when a pond or lake freezes over in winter, beavers stay active below the ice where they have stored leaves and branches.

American beavers live in small colonies. Male and female beavers mate for life. The female gives birth to three or four fully furred kits in mid to late spring. Kits go out on their own after two years to form their own colonies. 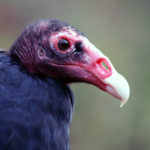 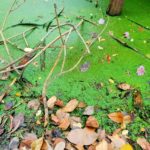