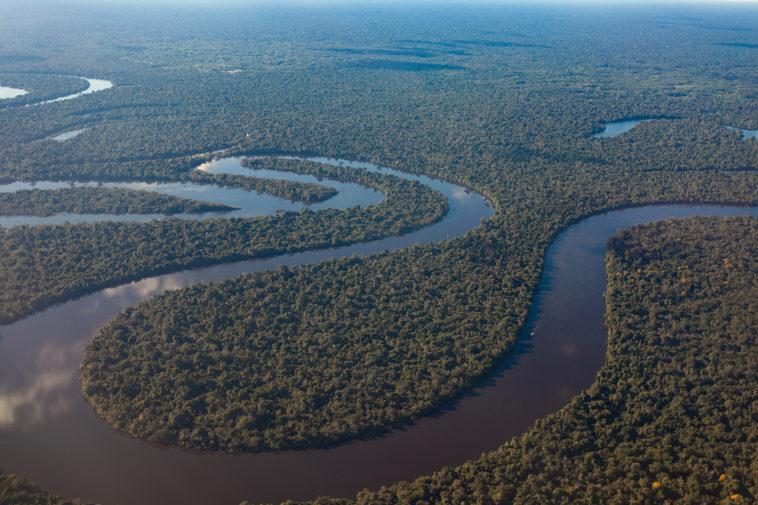 The Amazon River is the largest river in the world, not in length, but in the volume of water. It dumps an average of 53 gallons (200 billion liters) into the Atlantic Ocean every second. In length, the Amazon River is second only to the Nile River.

The Amazon River floods every year, amassing so much water that it not only expands the width of the river but also the weight. During peak flooding season—a period that varies for different regions of the river—GPS sensors show that the volume of water actually causes the river to sink nearly 3 inches (7.5 cm) into the earth.

The Amazon drains nearly half of South America. During flooding season, The Amazon River can grow up to 30 miles (50 km) wide. Its water contributes one-fifth of the freshwater entering the world’s oceans.

The Amazon River flows from the Andes of Southern Peru to the northeast coast of Brazil, where it flows into the Atlantic Ocean. Water from the source of the Amazon takes at least a month to make its journey to the ocean. But this was not always true.

The Amazon River winds for more than 4,000 miles (6,400 km) and has over 1,000 tributaries. Some of those tributaries are substantial rivers themselves. The Amazon River carries such an astounding amount of water that the next seven largest rivers in the world combined cannot rival it.

The Amazon River is the life source of the world’s largest rainforest, and it has a vast ecosystem of its own. A reef system, islands—the largest formed from river sediment—and even its own river dolphin. 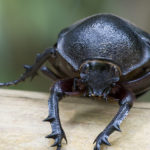